The German Research Foundation (DFG) has approved three new Collaborative Research Centres/Transregios (CRC/TRR) at FAU. The aim of CRC/TRR 305 is to understand the molecular mechanisms behind how metastases form and to develop new treatments for cancer metastases on this basis. In CRC/TRR 306, researchers will be investigating the collective behaviour of quantum systems. In the CRC ‘CLINT’, based on former EAM Research Area D, scientists will pursue a ground-breaking new approach in chemical reaction engineering to create technical catalysts with new properties. 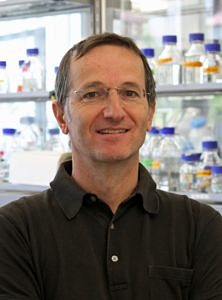 CRC/TRR 305 ‘Striking a moving target: From mechanisms of metastatic organ colonisation to novel systemic therapies’ will receive almost 12 million euros of funding for four years. Tumour metastasis remains responsible for almost 90 percent of all deaths associated with cancer. The researchers would like to investigate which molecular mechanisms are effective for metastases that often occur after treatment that has initially been successful. Prof. Dr. Thomas Brabletz, Chair of Experimental Medicine I (Molecular Pathogenesis Research) at FAU and one of the two speakers for the DFG project explains: ‘We want to find out which factors are decisive for determining whether the scattered cancer cells stay under control or start forming metastases. We also investigate what is responsible for the development of metastases.’

The aim is also to pave the way for a new generation of therapies, says the second speaker of the research project, Prof. Dr. Christoph Klein, Chair of Experimental Medicine and Therapy Research at the University of Regensburg. ‘These treatments could succeed in preventing metastases from forming in cancer patients later on.’ Thanks to the expertise of the Fraunhofer-Gesellschaft, which is collaborating on the project, and its application-oriented research, the team led by Professors Klein and Brabletz hope to quickly implement the expected results of the research in medical practice.

How do quanta cooperate? 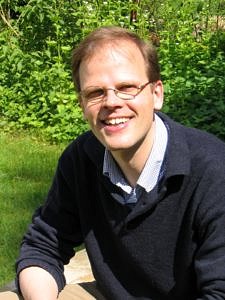 Starting in 2021, the researchers participating in TRR 306 ‘QuCoLiMa’ (Quantum Cooperativeness of Light and Matter) will be investigating the quantum collective behaviour of physical systems at the interface of quantum optics and condensed matter during the course of the four-year project, which is set to receive around 11 million euros in funding. ‘The purpose of this research programme is to establish a new field of research in multi-particle physics of the cooperative effects of quantum light and matter’, emphasises the speaker of TRR 306 ‘QuCoLiMa’, Prof. Dr. Joachim von Zanthier, Professorship for Experimental Physics and the vice speaker, Dr. Kai Phillip Schmidt, Professorship for Theoretical Physics at FAU.

The team of 29 researchers in TRR 306 hope to gain a better understanding of how cooperative behaviour develops in quantum systems and how it can be controlled. The findings could be used for applications in quantum engineering such as improved sensors, secure communication or quantum computers. In addition to FAU as coordinating university, the universities of Saarbrücken, Mainz, Linz, and Jena, TU Kaiserslautern, the Max-Planck Institute for the Science of Light, and the Deutsches Elektronen-Synchrotron are all involved in the project, while Forschungszentrum Jülich is contributing its quantum computer resources. 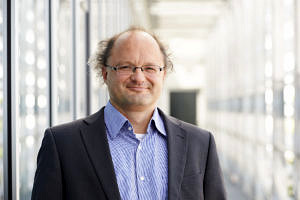 With ‘CLINT’ (Catalysis at Liquid Interfaces), FAU has received approval for a third Collaborative Research Centre. The speaker is Prof. Dr. Peter Wasserscheid, Chair of Chemical Reaction Engineering and EAM Co-Coordinator. The CRC is pursuing a completely new approach in chemical reaction engineering as it is using the highly-dynamic anisotropic environment of gaseous-liquid and liquid-solid interfaces to create technical catalysts with new properties and as yet unattained productivity, stability and manageability. The aim is to combine the understanding of catalytic processes with targeted material development, which is why the research will include everything from model systems to real catalysts and incorporate in-situ methods.